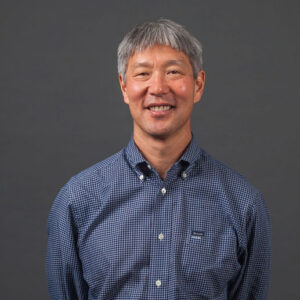 Bruce Kobayashi is the Paige V. and Henry N. Butler Chair in Law and Economics at the Antonin Scalia Law School at George Mason.  He has been on the faculty since 1992, and has previously served as the Associate Dean for Research and Faculty Development and as the Associate Dean for Academic Affairs.  He has published numerous articles applying economic analysis to law, writing articles examining the law and economics of intellectual property, antitrust law and regulation, litigation and procedure, evidence, uniform laws, and federalism. He was the Director of the Bureau of Economics at the U.S. Federal Trade Commission from May 2018 to December 2019.  He also has held positions as a Senior Economist in the Division of Economic Policy Analysis of the FTC, as a Senior Research Associate at the United States Sentencing Commission, as an Economist for DOJ’s Antitrust Division, and served as the chair of the executive board of the AALS Section on Antitrust and Economic Regulation.  He is a Founding Director of the Global Antitrust Institute (GAI) and has served as an instructor in the GAI’s Economics Institutes for Judges and for Competition Law Officials, and the Law and Economics Center’s Economics Institutes for Judges, Attorneys General, and Law Professors. Prof. Kobayashi received his Ph.D. and M.A. in Economics, and his B.S. in Economics-System Science, all from the University of California, Los Angeles.