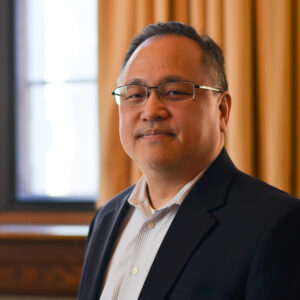 Christopher S. Yoo is the John H. Chestnut Professor of Law, Communication, and Computer & Information Science and the Founding Director of the Center for Technology, Innovation and Competition at the University of Pennsylvania. Repeatedly recognized as one of the most cited scholars in administrative and regulatory law as well as intellectual property, he is the author of five books and over one hundred scholarly articles and book chapters. His major research projects include studying the economics of big data; investigating innovative ways to connect people to the Internet; analyzing the technical determinants of optimal interoperability; comparing antitrust enforcement practices in China, Europe, and the U.S.; and promoting privacy and security for autonomous vehicles, medical devices, and the Internet’s routing architecture; and studying the regulation of Internet platforms, including network neutrality. He is also building innovative joint degree programs designed to produce a new generation of professionals with advanced training in both law and engineering. Before entering the academy, Professor Yoo clerked for Justice Anthony M. Kennedy of the Supreme Court of the United States and Judge A. Raymond Randolph of the U.S. Court of Appeals for the D.C. Circuit. He also practiced law with the D.C. firm of Hogan & Hartson (now Hogan Lovells) under the supervision of now-Chief Justice of the United States John G. Roberts, Jr. He is frequently called to testify before the U.S. Congress, Federal Communications Commission, Federal Trade Commission, U.S. Department of Justice, foreign governments, and international organizations. He is currently serving as a member of the Federal Communication Commission’s Broadband Deployment Advisory Committee, the Board of Advisers for the American Law Institute’s Project on Principles of Law for Data Privacy and the Restatement of Principles for a Data Economy, and as co-convener of the United Nations Internet Governance Forum’s Dynamic Coalition on Connecting the Unconnected.