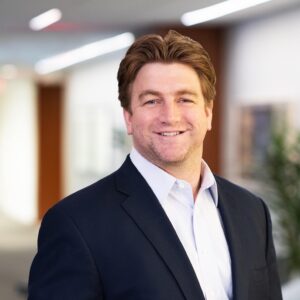 Joshua D. Wright is University Professor and the Executive Director of the Global Antitrust Institute at Scalia Law School at George Mason University and holds a courtesy appointment in the Department of Economics. On January 1, 2013, the U.S. Senate unanimously confirmed Professor Wright as a Commissioner at the Federal Trade Commission (FTC), following his nomination by President Obama to that position. He rejoined Scalia Law School as a full-time member of the faculty in Fall 2015.

Professor Wright is a leading scholar in antitrust law, economics, intellectual property, and consumer protection, and has published more than 100 articles and book chapters, co-authored a leading antitrust casebook, and edited several book volumes focusing on these issues. Professor Wright also served on the editorial board of the Supreme Court Economic Review, the Antitrust Law Journal, and the International Review of Law and Economics. Professor Wright’s teaching and interests include Antitrust, Contracts, Administrative Law, Law and Economics, Intellectual Property and Antitrust, and Quantitative Methods. Professor Wright was awarded the Paul M. Bator Award by the Federalist Society in 2014 to “an academic who demonstrated excellence in legal scholarship, a commitment to teaching, a concern for students, and who has made a significant public impact.”