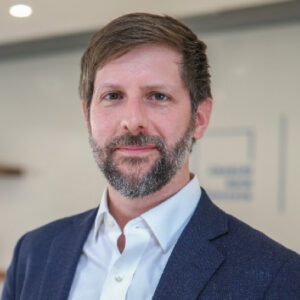 Neil Chilson is a lawyer and computer scientist. As senior research fellow for Technology and Innovation at the Charles Koch Institute, he guides CKI’s efforts to understand and promote the legal and cultural frameworks that best enable people to discover, innovate, and improve all our lives.

Before joining CKI, Neil was Chief Technologist at the Federal Trade Commission, where he focused on the economics of privacy and blockchain-related issues. Previously, he was an attorney advisor to Acting FTC Chairman Maureen K. Ohlhausen. In both roles he advised Chairman Ohlhausen and worked with staff on nearly every major technology-related case, report, workshop, or other FTC proceeding since January 2014. Neil joined the FTC from telecom firm Wilkinson Barker Knauer.

Neil is frequently quoted by the press and his work has appeared in numerous news outlets, including the Wall Street Journal, the Washington Post, USAToday, and Newsweek. He is writing a book tentatively titled, “Getting Out of Control: Enabling Emergent Order in Public Policy and Private Life,” forthcoming April 2021.